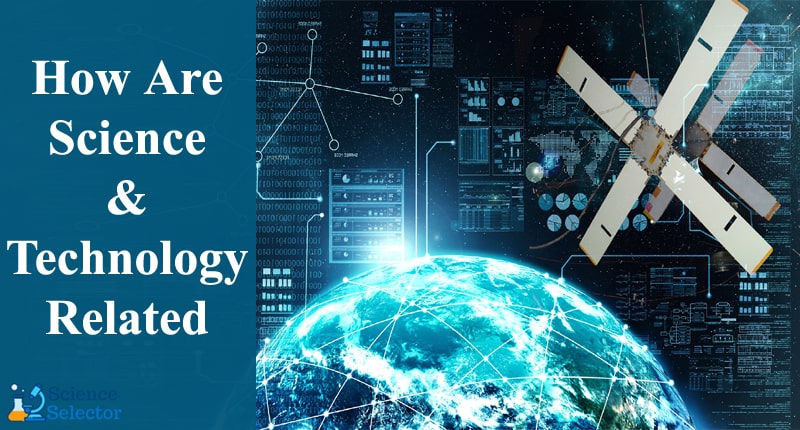 How are science and technology related? It’s a question that is difficult to answer. Sure, they are both in the same world of academia, but it seems like there is some sort of invisible barrier between them.

In the modern era, science and technology are intricately linked. From medical advancements to space exploration, there is a clear connection between the two fields. Science helps us understand how our world functions and why things happen in specific ways, while technology provides new tools to help us explore scientific discoveries.

The blog post will discuss some of these connections more in-depth and examine some recent developments in both areas that may be particularly interesting or relevant for readers.

Relationship Between Science and Technology Essay

Accordingly, we may observe that these two fields are interdependent since their development depends on each other.

Science enables us to understand technology on the one hand better. It allows humans to understand why some technological breakthroughs were successful while others were not. Therefore, science satisfies the curiosity of humanity.

Alternatively, technological inventions enable the sciences to be broader in scope. The development of telescopes and microscopes, for example, has facilitated the analysis of their objects of study by sciences such as biology and astronomy.

An endeavor to comprehend nature, society, and thought systematically and rationally is called science. Scientists strive to discover and understand the laws governing the phenomena of the real world. Thus, the role of science is to explain, predict and describe such behaviors to enhance human lives.

Science comes from the Latin word “scientĭa”, meaning knowledge or knowing, and as such has no specific area of focus.

The term science refers to various disciplines (such as natural science, social science, and the humanities). Each discipline develops its own theories and methods.

Since the second half of the 19th century, science has also been closely linked to technology. Thus, the importance of scientific research is aimed at developing or improving new technologies.

Humans use technology to improve their quality of life and transform their environment. To meet a need, it consists of knowledge and techniques acquired over time. Technology comes from two Greek words, “tekne”, meaning technique, art, and “logia” meaning skill over something.

Along with capital, land, and labor, technology is considered one of the four factors of production. As a result of the use of technology, we are able to transform our surroundings, solve problems, increase efficiency, improve aesthetics, etc.

Using technology properly (such as creating cleaner production methods) can enhance the quality of life for people. However, the misuse of technology can negatively affect people and society (for example, assaults and crimes).

Aspects of the Relationship Between Science and Technology

The science of biotechnology combines biological elements with technological components to create products used either for commercial purposes or for industrial use.

Biotechnology is a way to make plants and animals better. It can take parts of DNA from one animal and put it into another animal. Sometimes it changes the DNA of bacteria that are used in agriculture.

So this discipline tends to help develop technologies that take chemical, biological, and ecological factors into account.

The benefits of biotechnological creations range across a wide range of fields, including the sciences, medical research, agriculture, and economics.

There are three types of biotechnology: red, green, and white.

In scientific laboratories, we can see how technology and science are connected. Technology advances enabled these establishments to acquire instruments, which ended up being used by science as well.

First, researchers searched for ways to gain a closer understanding of their subject of interest, which led to inventions in the technical field. For example, the first refracting telescope for observing celestial bodies was created by Galileo Galilei in 1609.

In the field of astronomy, great advances were made due to this technological breakthrough. Aside from discovering the Milky Way, Galileo discovered three satellites of Jupiter. Furthermore, he was able to learn about Venus’ and Mars’ phases.

Scientists may discover their instrument is not precise enough to make accurate measurements of the object they are studying.

Eventually, a new instrument would be created that would have better properties than the old one. Scientists and technologists will achieve a breakthrough as a result.

In the 1960s and 1970s, it emerged as an interdiscipline. Ludwick Fleck, a scientist and author of a monograph, outlined this area’s main attributes in the 1930s.

It became an official program in 1970 when Elting Morison asked for it to be listed as a chair at the Massachusetts Institute of Technology.

The field of technoscience focuses on the connection between science and technology in science, technology, and social studies.

Both of these fields are interdependent, proving to be an inseparable connection.

Technoscience also says that advances in one field will undoubtedly lead to advancements in the other due to the relationship between technology and science.

The concept of technoscience asserts that technological infrastructure is necessary for the advancement of scientific knowledge.

This discipline thus introduces new scientific and technological ideas into society. With time, these ideas become part of what people desire, and they strive to achieve them.

Among others, the internet, mobile phones, autopilot, and global positioning systems (GPS) are examples of this type of technological innovation.

The advancement of technology has contributed to improvements in the health sciences. Among them are nutrition and dietetics, bioanalysis, medicines, and physiotherapy.

Therefore, technical achievements in this field have contributed to the development of improved treatments for several conditions. They enable the improvement of the quality of life for those who suffer from them.

A variety of databases have also been created thanks to technology, incorporating information regarding various pathologies. Using these data, it will be possible to conduct research that is useful in the field.

There are many different jobs that involve science and technology. Jobs like this have been made because it is a good way to use both disciplines. To the already mentioned biotechnology, nuclear physics, telecommunications, or astronautics can be added.

Science and its advances do not only reach those people who are close to laboratories, universities, or research centers. Thanks to the digital age, all the news can reach any citizen with Internet access.

Many outreach portals, social networks, or media inform and analyze how science and its new applications are evolving.

In this post, we discussed how science and technology are related. One of the main points is that technological advancements have led to a surge in scientific knowledge about our world. This has allowed us to understand better what’s going on around us and apply those insights to new technologies that will help solve future problems as they arise. Technology can even be used for remote control surgery or 3D printing prosthetics, which would not be possible without advances in science! We hope you enjoyed reading about these two topics.