If you pay any attention to the impact climate change is having on our planet, then you have probably heard about coral reef bleaching. Coral reefs, like the Great Barrier Reef, are being affected by bleaching at an alarming rate. It would be easy to write it off and not pay much attention to it since coral reefs only populate a tiny fraction of the ocean, but that’s a very bad idea.

Aside from the fact that coral reefs produce billions of dollars in revenue from fishing and tourism, these reefs also help in medical research, produce oxygen, protect coastlines from storms, and are the habitats of one in four marine species. Regrettably, this may all disappear as scientists are predicting that climate change will have killed ninety percent of coral reefs by 2050 and they are racing to save what they can.

Contents -
1 What Exactly Is Coral Reef Bleaching?
2 Coral Bleaching: Climate Change Is Making It Worse
2.1 The Great Barrier Reef: Earth’s largest living structure.
2.2 Is the Great Barrier Reef dead?
2.3 Scientists are racing to save coral.
3 We Should All Start Paying Attention

What Exactly Is Coral Reef Bleaching?

Healthy coral at left and bleached, but still living, coral to the right. Image Public Domain by NOAA, via Wikimedia Commons

First, it is important to understand that coral reefs get their color from tiny algae that live in their tissues. The algae and the coral share resources. For instance, the algae’s primary job is to feed the coral. They do that by providing it with carbohydrates they produce during photosynthesis. So, when those algae are not in the coral, the coral does not eat.

Coral reef bleaching occurs when the water that the coral lives in warms. This warming causes the coral to get stressed out and evict the tiny algae. When the algae are gone, the color is gone and the coral turns white. This does not mean the coral reef is dead, but Biologist Julia Baum calls the bleaching a “trajectory toward death.”

“The coral is still alive at that point, but it starts to starve to death,” Baum says. “If temperatures go back down within a matter of weeks, the corals can take up those algae again and recover.”

In other words, coral reef bleaching is something that you should absolutely be concerned about; but what is causing the water to warm? You guessed it: climate change.

Some coral reef bleaching occurs naturally. For instance, during El Niño years, the water warms and starts to freak out a little bit, kicking the algae out. Global warming has caused this warm water to happen more frequently.

Now, some of you may be thinking,” But global temperatures have only warmed one degree Celsius!” That’s true, but coral is extremely sensitive to even the slightest change in temperature. If these temperatures stay higher than normal for more than a few weeks, that’s when the coral becomes stressed.

“The reason that is particularly worrying is that El Niños don’t happen every year, but if bleaching can just happen in any summer, we’re seeing an increased likelihood of annual bleaching,” Baum says. The biologist warned that if climate change continues to cause this warming, coral reefs will become extinct.

The problem with annual bleaching events is that the coral is not given enough time to recover. Even the most resilient coral species can take ten to fifteen years to recover after a massive bleaching event. The six years in between events right now is too traumatic, yearly events would make it impossible to sustain life. We are already seeing it happen in some places.

Off the coast of Australia, is one of the reefs that have suffered significant damage from the increased ocean surface temperatures and you have already, probably, heard a lot about it. Or at the very least, a teacher has mentioned it a time or two. The Great Barrier Reef is the largest living structure on Earth, spanning 1,400 miles. Made up of more than 600 types of coral, 4,000 types of mollusk, and 1,5000 species of fish, it is vitally important to the ecosystem in the South Pacific.

Sadly, the Great Barrier Reef is in peril. In 2022, The United Nations Educational, Scientific and Cultural Organization (UNESCO), reported some frightening news. For the second consecutive year, the coral reef experienced a bleaching event.

“The Great Barrier Reef is in grave danger,” said Sir David Attenborough, a naturalist who has studied the reef.  The twin perils brought by climate change – an increase in the temperature of the ocean and in its acidity – threaten its very existence.”

Is the Great Barrier Reef dead?

Not entirely, but large sections of the reef are dead. In 2022, Australian scientists conducted an ariel study of the Great Barrier Reef and their conclusion was heartwrenching. Ninety-three percent of the reef has suffered a bleaching episode. Only seven percent, or 68 reefs, had escaped bleaching entirely. “We’ve never seen anything like this scale of bleaching before,” said Professor Terry Hughes, convenor of the National Coral Bleaching Taskforce. According to Hughes, the Northern part of the reef was the most severely damaged.

After conducting an underwater study, Professor Andrew Baird from the ARC Centre of Excellence for Coral Reef Studies agreed with Hughes’ assessment of the reef. “Tragically, this is the most remote part of the Reef, and its remoteness has protected it from most human pressures: but not climate change,” he said. He continued, “North of Port Douglas, we’re already measuring an average of close to 50% mortality of bleached corals.” He went on to state that some reefs may see a, “final death toll” likely exceeding 90 percent. “When bleaching is this severe it affects almost all coral species, including old, slow-growing corals that once lost will take decades or longer to return,” he concluded.

Scientists are racing to save coral.

With coral reef bleaching becoming more frequent and the reality that we may lose them all, scientists are racing to save them. They are warning, however, that even if we stop global warming now, most of them will be dead in thirty years. To combat this problem, biologists have come up with a number of things to save the marine life that depends on the coral for survival.

One of the solutions scientists have come up with is artificial coral reefs. Some of these reefs are made with existing materials, like sinking oil rigs or construction materials. Other artificial reefs are built with PVC pipes and concrete. The idea is that algae and barnacles will attach themselves to the man-made reefs and then become a source of food for fish.

Scientists working for SECORE International have begun collecting coral eggs and sperm during mass spawning events, fertilizing the eggs in a lab, and then putting the larvae onto concrete blocks. These coral pods are being dropped into the ocean onto degraded coral reefs where they will hopefully save the habitats.

We Should All Start Paying Attention

The bottom line is that we all need to pay attention to the ever-growing threat of global warming. Coral reef bleaching is becoming an enormous threat to our diverse ocean. The Great Barrier Reef is suffering stunning losses. Reducing our impact on the planet and saving these rainforests of the sea should be a priority for everyone. The next medical breakthrough could very well be found on one of these reefs but that will never happen if they are gone. So, please, do your part to reduce your footprint; the coral reefs are depending on all of us. 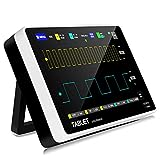 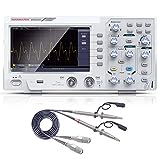 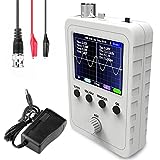 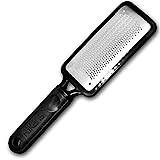 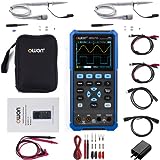 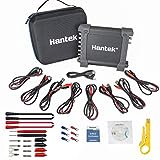 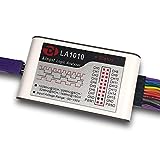 Every Tool's a Hammer: Life Is What You Make It
Check Latest Price
Bestseller No. 4 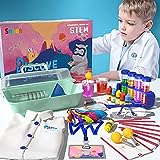 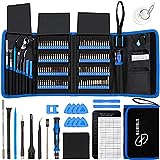 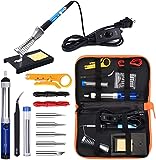 Tools for Thought: The History and Future of Mind-Expanding Technology
$40.00
Check Latest Price
Bestseller No. 11 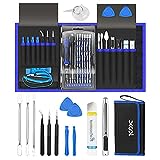 The Sun, The Genome, and The Internet: Tools of Scientific Revolutions (New York Public Library...
Check Latest Price
SaleBestseller No. 13 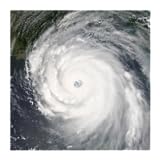 The World's Most Beautiful Beaches
Check Latest Price
SaleBestseller No. 19 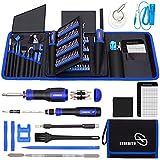 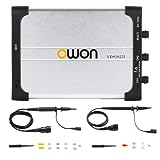 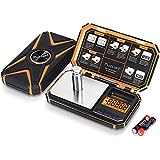 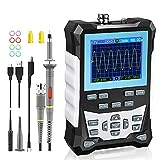 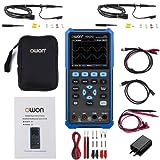 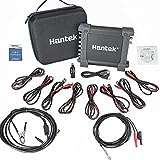