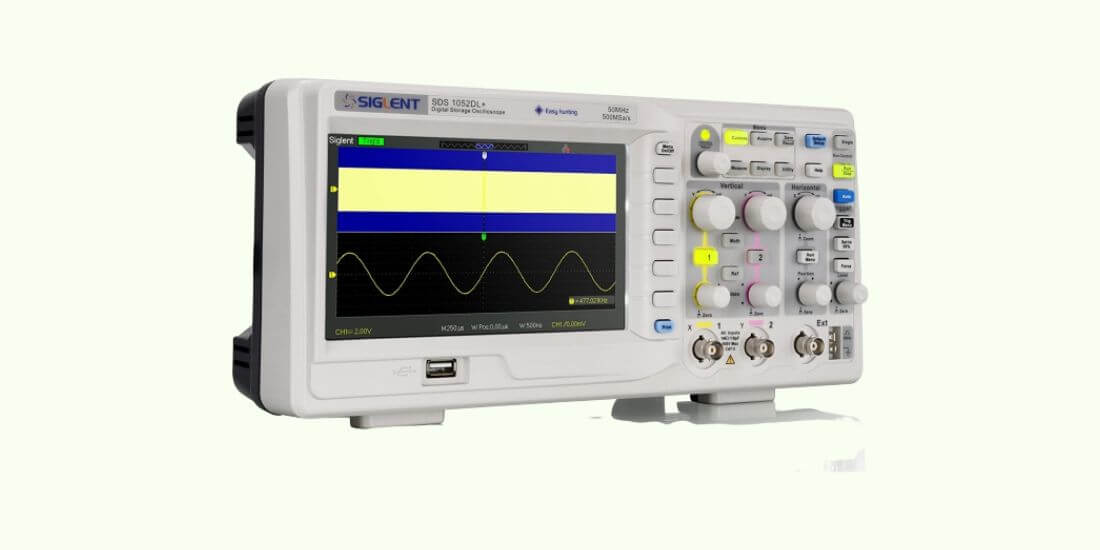 Imagine a movie scene inside a hospital. What machinery do you see? Whatever you’re imagining, chances are you can also see a heart monitor in there. With every breath, the lit traces of green continue to create zigzag patterns that leave you at the edge of your seat with suspense.

These devices can be referred to as electronic graph drawing machines or, more simply, oscilloscopes. Other than beeping with every beat of the heart, these old fashioned devices actually have tons of other handy applications.

Generally, oscilloscopes are used to monitor and measure the waveforms of an electrical signal on a screen. But exactly how does an oscilloscope work? The answer is quite long, so keep reading.

What Is an Oscilloscope?

Before we go into how an oscilloscope works, we need to first understand what it is and why we need it. At its core, an oscilloscope will enable you to monitor the voltage variations between two points in a circuit over time.

The gadget will draw charts for you almost effortlessly as you feed it signals from the probe attached to an electronic circuit.

Looking at the waveforms on the screen can give you valuable insights into the performance of your circuit. These insights will assist you in identifying problems with the circuit, characterizing its operation, or viewing the signal integrity over a transmission line.

What Can We Use Oscilloscopes for?

These nifty little gadgets will allow you to look at all kinds of signals in all kinds of ways. Using oscilloscopes, you can locate faults in broken televisions, radios, and all sorts of similar equipment. This can be an invaluable aid when it comes to repairing said machines.

All this talk about circuits and signals might have you thinking that oscilloscopes only let you measure electric signals, but you’d be wrong. Plug in a transducer (a device that converts one form of energy to another), and now you can measure tons of different things!

Similarly, you can study sound signals as well, with the use of a microphone (a transducer that converts sound energy to an electrical signal). Heart monitors also work in a similar manner. They have a piezoelectric transducer inside them, which converts vibrations from a person’s heartbeat to electrical signals.

How Does an Oscilloscope Work?

Remember the traditional boxy televisions that people used to own back in the day? An oscilloscope works in a similar manner to those televisions.

Inside a television, electron beams travel back and forth across a screen, which is coated with phosphorus on the back. Every time the electron beam hits the screen, it triggers the phosphors to light up. These beams then sweep across the entire screen, consequently creating the picture you see.

This process is repeated faster than the blink of an eye to give you a moving picture instead of a still one. Coming back to oscilloscopes, the electron beams on these devices work in a similar fashion. The electrical signals you feed into the x and y connections will give you the x and y-axis values on your graph.

Instead of creating a picture like the beams in a television, in this case, the oscilloscope’s beams will draw a graph. Which, if you think about it, is also a kind of picture.

How Are the Graphs Plotted?

Now that you have a brief idea of the purpose of oscilloscopes, let’s take a look at how the graphs are plotted by the device. First off, let’s assume that you connect the x-circuit to an electronic quartz clock. As the clock ticks, the x motor receives the signals and sketches a horizontal line across the graph on the x-axis.

On the other hand, if you connect the y-circuit to a piezoelectric transducer, then the probe will begin to detect vibrations such as a person’s heartbeat.

Connecting the x and y circuits at the same time will enable you to study the heartbeat while monitoring the time. On your graph, you will then notice up and down snake-like patterns on the y-axis as a result of the vibration from the heartbeats. All the while, a time signal makes the trace move from left to right along the x-axis.

What Are the Different Types of Oscilloscopes?

Ever since their invention in the late 1800s, technological advancements modernized the oscilloscope into a powerful piece of test equipment. In its early days, the device was relatively heavy and bulky because of its cathode-ray tubes (CRTs).

With time, oscilloscopes made huge leaps in terms of technological advancements. This revolutionized the device’s accuracy and portability, that too, at a lower price.

In the late 1800s, a German inventor by the name of Karl Ferdinand Braun brought the first oscilloscope to life, which are now known as analog oscilloscopes. These were the earliest and simplest type of oscilloscope. And these bulky devices were nearly the size of a mini television with numerous knobs and buttons on the front.

Braun began deflecting electron beams by placing vertical plates over and under the beams. As mentioned before, the beams would come in contact with a phosphor plate on the opposite end to create a bright dot on the screen.

Variations in the voltage applied to the plates would make the dot move up and down to create patterns on the screen.

Later in 1899, Jonathan Zenneck took the original design and added horizontal plates to deflect the beams. The addition of the horizontal plates, along with the previous model’s vertical ones, gave scientists greater control over the beam.

Components of an Analog Oscilloscope

To further understand what makes an analog oscilloscope different from its modern-day counterpart, we need to look deeper into its components.

This is the piece that will connect to the circuit you want to test. Most probes will have 2 tips, enabling the oscilloscope to measure the voltage between two points.

Electrical signals that travel within the oscilloscope often require you to attenuate (decrease amplitude) or amplify (increase amplitude) them. In doing so, the results are effectively displayed on the screen as well as prevent internal circuitry damage.

By definition, a trigger is anything that will cause a device to function. When using an oscilloscope, you will be required to assign a condition (such as voltage threshold), which will trigger the device to begin drawing the waveform.

Sweep generators aid the process of controlling the horizontal plates. They do so by creating a repeating saw-tooth voltage pattern, which causes the beam to sweep from one side to the other on your screen. It is up to you to set the frequency and triggering of the sweep generator.

The function of a horizontal amplifier is similar to that of the amplifiers found after the probe. This component increases the amplitude of the saw-tooth wave from the sweep generator, which brings the horizontal plates under the amplifier’s control.

Advantages of Using an Analog Oscilloscope

Despite the fact that technological advances have led to the existence of digital oscilloscopes, there are still many areas where the analog oscilloscope provides better service. Below, we have listed some of the benefits of using an analog oscilloscope, which will enable you to make a choice according to your preferences.

These old fashioned oscilloscopes will generally cost you much less than their digital counterparts. Since the technology of the analog oscilloscope is well established, it brings the cost for companies down.
On the other hand, digital oscilloscopes require advanced technological components that tend to increase their costs of production, resulting in a higher price.

The first digital storage oscilloscope came into existence in the 1980s, when the company Nicolet Test Instrument integrated an analog-to-digital convertor into the device. And the modern-day digital oscilloscopes are essentially computers equipped with high-end analog-to-digital converters.
Although most of the functions and interfaces are quite the same as its older analog counterparts, minor tweaks make the device more optimized for research.

Components of a Digital Oscilloscope

An insight into the components of a digital oscilloscope will enable you to clearly distinguish it from the analog oscilloscope.

This is common in both the analog and digital oscilloscope, as it is the contact point of the circuit. Most probes have two tips that will attach to the different nodes in your circuit, allowing you to measure the voltage between the points.

Amplification or attenuation of the captured electrical signals is necessary to ensure accurate display of results on your screen. In addition, amplifiers and attenuators ensure control of the voltage inside the device, preventing it from damage.

This component instructs the oscilloscope to initiate the sketching of the waveform on the screen. Modern digital oscilloscopes give you the flexibility of choosing between an internal or external signal to act as the trigger.

For the oscilloscope to be able to store data, you will need a memory base. The purpose of this component is to store the sample signals decoded by the analog-to-digital converter and allow you to revisit the stored information at a later time.

Most digital oscilloscopes have LCD displays that aid portability and give clearer detail. Some older models, however, use CRT monitors as displays, which tend to add weight to the overall device.

Advantages of Using an Digital Oscilloscope

As the digital oscilloscope comes equipped with a memory base, you can store the signals in digital form to be revisited at a later time. Storing the signal also prevents the data from degradation.

With the use of LCDs, you will get sharper and better quality images, which will enhance the accuracy of your results.

Even with the added functionalities, the digital oscilloscope is much easier to use than the analog ones. When it comes to the signals, the computer does most of the monitoring and controlling, letting you spend your time on the graph.

Nowadays, oscilloscopes have become necessities when it comes to electrical studies. Given the oscilloscope’s ability to test a large variety of variables, it can be useful for any sort of research project.
In-depth knowledge of how an oscilloscope works will facilitate your research as well as make it easy for you to decide between digital and analog oscilloscopes. 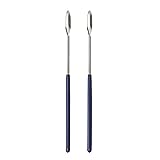 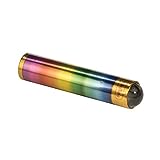 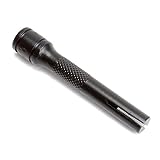 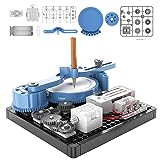 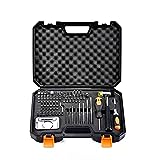 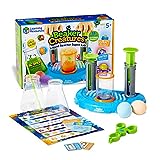 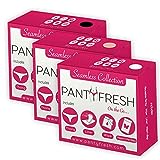 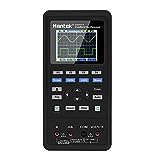 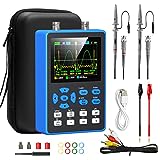 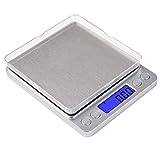 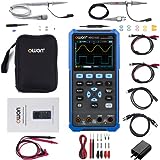 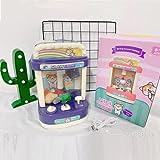 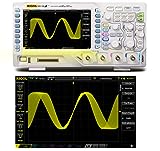